If you thought the mortgage rates had already reached rock-bottom, think again. The Yorkshire Building Society has just taken up the mantle, launching a mortgage product featuring a record-low interest rate of just 0.89%. This rate was one seen only in dreams even a short while ago, but what does it mean for the mortgage market today – and for those looking for a cheap mortgage? 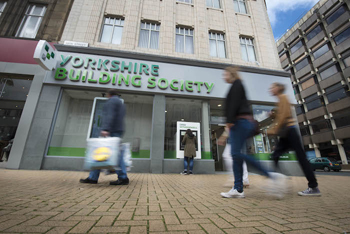 Only available to a select few

While the headline-grabbing interest rate has had the desired effect, it is likely very few people will be able to benefit from it. A deposit of 35% of the value of the property is required as a minimum, and there is also a product fee of £1,495 attached to the mortgage. When the sale is completed, the homeowner will need to settle this fee. The deal lasts for two years, at which point the standard variable rate (currently 4.74%) would be applied, assuming the customer did not shift to another, better mortgage.

“The conditions attached to this mortgage are typical of those that come with any rate this low,” said Darren Pescod, managing director of The Mortgage Broker Ltd. “However, those looking to move up the ladder and have the required deposit – perhaps by way of equity in their current home – could benefit from the cheap deal. It does also indicate the mortgage market is still competitive, even though it may not be at the same level it was some months ago. Anyone considering this mortgage – and other good deals on the market – should still crunch the numbers and assess the effect of any fees that are also applied.”

Could this trigger a new era of record-low mortgages?

No doubt other lenders will take notice of the deal currently offered by Yorkshire Building Society. There have been other tempting deals available recently too, such as the 1.29% deal offered by Atom, for a fixed five-year period. However, this disappeared after just a week of availability.

People should tread carefully when assessing the suitability of any mortgage product – even the 0.89% deal offered by YBS. This is not a fixed-rate deal, but instead is a discounted deal. That means if there is an increase to their standard variable rate, the 0.89% interest rate will go up too. This is an important distinction to make, and one that may put some people off if they are looking for more stability, especially in the first few years of paying their mortgage.

The mortgage market may also be due for further uncertainty, partly due to the Brexit negotiations taking place, and the newly-announced General Election to take place in June. However, this deal shows there is still an appetite for competitiveness in the mortgage market. It may still prove challenging for first-time buyers to find a suitable deal, though. Shopping around has never been more important – and as this deal shows, factoring in the cost of any fees involved is also important if you are going to get the best outcome.

"Been a tenant with Lovetts for the past five years In two different flats and always found them to be really helpful and friendly. Any repairs I had were always dealt with quickly. Only moving as being relocated with work."
Paul S