The EU referendum result has undoubtedly shaken the UK economy to the core, with a lot being written about the likely effect on the property market. Pick up any media source and each will give you a differing opinion on the likely outcome. The simple answer is right now, only those with a crystal ball can offer a likely prediction.

In the week since the referendum, we have experienced inevitable turbulence, as house-building share prices tumbled, and agents spoke of people pulling out of deals in their droves. This was always likely, as uncertainty takes a hold.

At Lovett’s, we’ve only had the one sale fall through due to Brexit. We continue to take on new listings, and valuations have remained constant.

We do envisage buyers and sellers to adopt something of a ‘wait-and-see’ approach in the short-term – indeed newly marketed property numbers are down 5.3% on compared to previous June averages. However with such an imbalance between supply and demand, we don’t expect house prices to drop too significantly.

Leading up to Brexit, the UK housing market had achieved another all time high, for average asking prices coming onto the market - £310,471. This was up 0.8% on the previous month (source: Rightmove). 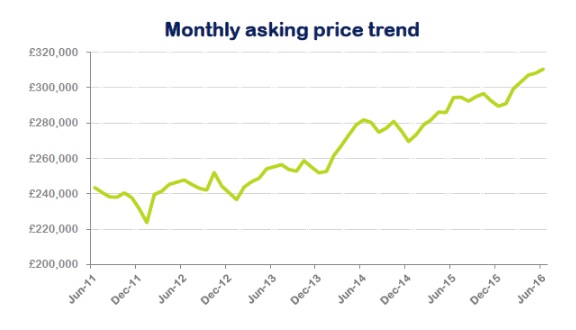 As mentioned, demand continues to outstrip supply considerably. This has led to a fall in ‘time to sell’ to 57 days – the fast ever recorded by Rightmove. Again, our anecdotal evidence certainly backs this up. In our area for example, 3 bed semi’s are now are selling within 24-48 hours, many above asking price (if priced correctly initially!) – something we wouldn’t have predicted 18 months ago.

It will be interesting to see how the Bank of England handles interest rates during this period of instability. Initial reports suggested rates would rise, however experts are now predicting rates will be lowered further, to provide further support for the property market.

Gross mortgage lending for May was at its highest level for the month since 2008, according to the Council of Mortgage Lenders, amid warnings of reduced activity following the Brexit vote. They estimate that gross mortgage lending reached £18.2bn in May, up 4% from April and 14% higher year-on-year.

Rents Continue To Rise, Despite Slowdown From Investors

It’s interesting to see that Rightmove announced in Quarter 1 of 2016 they recorded an increase in average asking rents of around 0.8% nationally (taking the annual total increase to 3.9%). The effect locally in PE19 and PE28 has mirrored this increase too. If this were spread across your property letting portfolio it could represent a significant increase - maximising value for the buy-to-let investor. 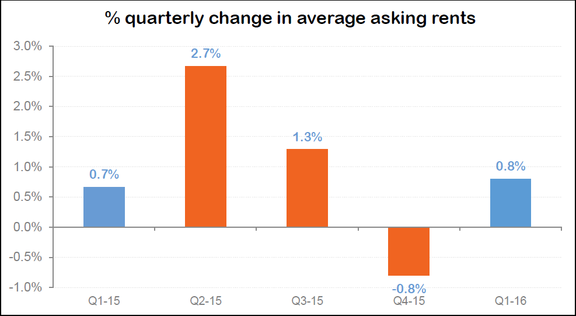 Although we have seen increased legislation aimed at reducing buy-to-let investors, it doesn’t seem to have had a huge effect in Cambridgeshire. We have an increasing generation of renters coming through, as owning a property is no longer affordable and in some cases - particularly those in their 20’s - it’s not a priority. As such, this continued demand for rental properties means that bricks and mortar still continues to be one of the best places to invest money.

Nationally and locally we experienced a general slowdown in transactions in the run up to the EU Referendum on 23rd June, however this was primarily felt by Sales properties. At Lovett's we certainly haven't experienced a reduction in demand from lettings, applicants or new landlords, post Brexit - this remains extremely buoyant.

"As a landlord I have always felt their service to be very good and informative and would definitely recommend them."
Charlotte