Generation Rent is most certainly now here, and becoming increasingly profound. Over the past decade the number of households under the age of 35 in the private rented sector has almost doubled, shooting up from 23% in 2006 to 46% today (source: ONS).

The chart below shows how, aside from a dip in 2010, rental prices have risen each year. In the past 12 months in the UK, we have seen an increase of 2.3%. 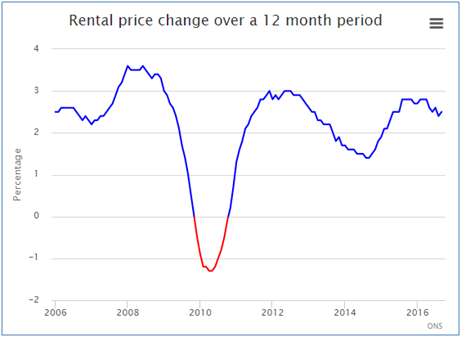 More locally, the effect is even more accentuated. The Eastern region is particularly strong, with rents rising by 3% over the past year, making it one of highest performing areas of the country. 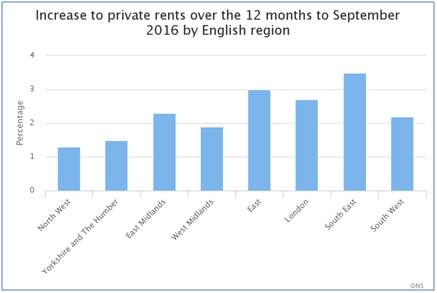 The gap between average weekly earnings and rental prices remains significant, with the latter continuing to rise at a greater rate than the former. This instability has led to renters moving more often than was the case historically.

Research shows that 29% of renters have moved three or more times in the last 5 years – each time at a significant cost. It begs the question of how much further we will see rental values rise? 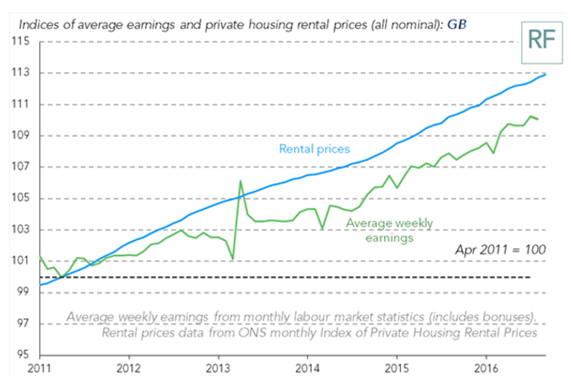 Investors return to the market

New investors and landlords enquiring about properties to purchase for buy-to-let have risen by 30% since May, indicating a substantial return in their activity despite the introduction of an additional 3% stamp duty on second homes in April.

March and April saw a temporary lull in buy-to-let activity on Rightmove, following the rush in the first three months of the year to complete before the new rules kicked in.

“Investor activity has bounced back following the stamp duty changes, though some agents report that many investors are looking to knock sellers down on their asking prices to make up for the additional stamp duty they now need to pay. New rental supply has held up despite concerns that the stamp duty changes would lead to less fresh stock.

The changes starting in 2017 to lessen mortgage interest tax relief may see some seriously review their businesses and could scale back, though there appear to be no signs yet of landlords exiting the market. If supply of property to rent does scale back those that will win in the long term will be less highly-mortgaged landlords that chose not to sell off their property, and the big winners could be those that are investing in the right areas now. We expect some of the supply gap to be filled by Build to Rent but it could take some years for this to seriously increase rental stock levels. With this in mind 2017 could be another year of increasing rents”.

"I've used Lovett for 12 years to let several different properties and have always found them to be exceptionally good at the letting business. Excellent customer service from Anthony and team."
Pervaz Akhtar